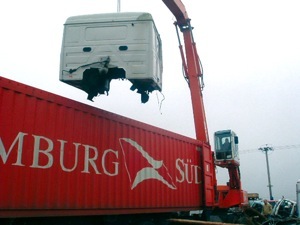 Up until now, I’ve described the options to automate shell scripting and virtual machine creation. The next step is to prepare the network for the virtual machine to make it boot with the right network settings. In a lot of companies this is often a manual process but we want to automate it.

In order to boot a linux machine, one relies on:

On linux the de-facto standard DHCP Servers is the ISC DHCPD. It relies on configuration files in a specific format. Most of the automation of this, were homebrew scripts that changes these config files. It’s a pity there is no scriptable API for managing these files.

The next runner up is the DNSMASQ which dispite it’s name can also act as DHCP server. It too relies on configuration files, but I found dnsmasq mysql that extends dnsmasq with a mysql backend. So we could issues SQL statements to control it?

Other things I found were:

Overall I found no good out of the box way of automating subnet creation, client registration, templates. So if you know any let me know. Maybe be this is the reason why the big virtual vendors provide their own DHCP server in their product, configurable with their own API.

The next step is automating the management of DNS files. For DNS servers under Linux we have more choice then with DHCP server. We have ISC Bind , DJBDNS and dnsMasq. All of them rely on configuration files and for Bind and dnsMasq there have been efforts to integrate it with a database backend f.i. mysql-bind . Another effort I found is [dnsadmin](<http://freshmeat.net/projects/dnsadmin/)(outdated) for managing djdns/tinydns files.

DNS by itself allows the use of Dynamic Updates (see RFC 2136). This already allows us to change the attributes of a single host using commands such as nsupdate , but does not provide a way to create/update/delete new zones or other settings.

Another project calls dnspython (outdated) http://www.dnspython.org/ provides both high and low level access to DNS. The high level classes perform queries for data of a given name, type, and class, and return an answer set. The low level classes allow direct manipulation of DNS zones, messages, names, and records.

The most promising is the use of Power DNS http://www.powerdns.com which seem to have full scripting capability. I haven’t tried if personally but it’s the best alternative I found.

For managing a single machine it is important than changes to both your DHCP, DNS, TFTP and PXE boot are in sync. It doesn’t come as a surprise that a lot of global machine management solution use the base blocks and add their own sauce. It’s a pity, that the management of DHCP and DNS management are not extended in the tools itself but stay in the global management tool. Another thing is that things like the creation of new DNS zones of DHCP templates are not possible because the underlying tools don’t have it. (or maybe nobody normally automates that ;-)

And because most these have a commandline or other API’s , one could easily script the updates to DNS of DHCP settings for individual machines.

Amazon started on an API for DNS/DHCP Options for automating their Private Cloud: