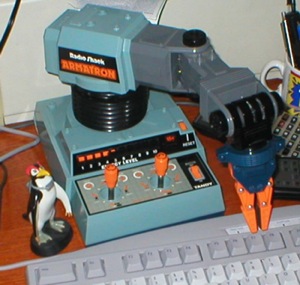 Within the world of development, there is a concept called *test driven development*. It relies on the repetition of a very short development cycle: First the developer writes a failing automated test case that defines a desired improvement or new function, then produces code to pass that test and finally refactors the new code to acceptable standards. [wikipedia definition](http://en.wikipedia.org/wiki/Test-driven_development).

If find the term Monitoring too narrow, tests are broader then monitoring as described in the discussion about tests and checks checks.

For me the term infrastructure is a bit misplaced as I think it is a process and not a deliverable. Also Administration is more then just Automation. So I guess the process of creating the environment (similar to development) would be called Test Driven Automation and when doing changes on a live system I would call it Test Driven Administration.

The customer of the infrastructure could be:

To give an example of what I consider a unit test would be see if a process is up. This is clearly technical and does not describe any

Examples of what I consider behavior tests:

It helps to start with the behavior tests, because they express better why you are actually building the system, the real business value. After that you can add unit tests to check with internal commands.