Recipes for Automated installation of OS and beyond 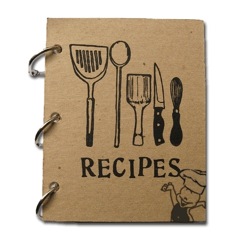 Up until now, I've described the options to automate shell scripting, virtual machine creation and network provisioning. So now we can actually get started with automating the installation of the Operating System itself. This not surprisingly is were most sysadmins spent most of their time.

The good news is that we are slowly going a way from the custom scripting toward a reusable and shareable language. Very similar to programming design patterns. Over the years the methods have evolved towards configuration management, which is obviously a good thing.

This also helps in leaving the hero culture sysadmins have because they are the guys who now how to manage their systems.

The first way of automating the OS installation came from using Kickstart or Jumpstart. In essence it is a config file that defines the information necessary to do an installation. It typically contains:

When booting the kernel of an OS, there usually is a way to specify this file, allowing automated installation. Over time this file was put on a floppy, then on a CDROM, USB Drive. To automatically start the installation the install media needed to be modified to change the default kernel boot options. The syntax of these files is typically different per OS.

To create your first file, you would do a manual installation of the OS, and at the end it would create a file corresponding to the manual choices you made. After that, the file could be altered to include additional post-installation scripts or extra packages.

An example of a Solaris Jumpstart: <% codify do %>

start with the minimal required number of packages

format the entire disk for Solaris

fdisk all solaris all

define how the disk is partitioned

Over time frameworks emerged to manage all these packages installation and managing :

As System recipes and configuration management beautifully describes, managing systems is more then just managing and installing packages : sysadmins would have tons of custom scripts and HOWTO's to describe how to do additional things f.i. installing a complete Webserver according to company standards. All of this knowledge was usually put in specific custom scripts, without a good way of sharing this, . What we actually need is a formalized description of all the things that need to be present and configured on the machines in your setup.

Enter the world configuration management tools. These tools provide a ways of describing the recipes in a language that makes abstraction of the actual system its running on. F.i. adding a user or adding a package is abstracted in the language.

Puppet seems to have most of the market for now, but the Chef guys are catching up. Also a lot of the system management tools have puppet integration:

What's fascinating is the new set of tools that starts to emerge here and how it really starts to integrate in real programming languages such as ruby.

This minimal install is sometimes called a base install , an installation with the minimal set of packages installed. Some OS vendors are actively working on providing what is called a JeOS which stands for Just enough Operating System. This is an image that contains an already installed minimal install. They are also useful for creating appliances. Some example are:

If you're installing a complete stack f.i. Oracle Application Server, Database Server, changes are that the initial package install does nothing. What you need is to create your own instances, pools and so on. What's important is that some of these include their own automation language. It is essential that they have a way of doing every GUI action from the commandline. Otherwise you end up writing scripts for managing their config files. This is a bad thing because this might change overtime or even worse impossible because they store things in binary format.

Examples of good API's are:

asadmin start-cluster --user admin --passwordfile adminpassword.txt --host hostname --port 4848 cluster1 <% end %> Some tools also provide a 'silent install' feature. It will record the installation into a text file that you can later replay to have the same result. Using some sed/awk scripts you can probably automate some of this.